No Comments
Michael Ambjorn, the 2015-16 executive board chair of the International Association of Business Communicators (IABC), has announced Ginger Homan, ABC, and Jennifer Andrewes, as recipients of the 2016 Chairman’s Award.

“These two exceptional leaders have each made contributions to IABC that have had a global impact advancing the association and the profession. Both are role models for IABCers around the world” said Michael.

“Jennifer Andrewes brings to life the best of IABC in the field. As an organization we believe that in today’s world, communication can be a force for good in business and society. To make that happen we need to reach into boardrooms around the world. Jennifer and her chapter team out of Wellington, New Zealand, raised the bar in terms of depth and breadth reached. Opening doors for IABC with leading government departments, blue chip corporates and agenda-setting non-profits – and those who influence them as strategic advisors. This is true leadership both advancing and enhancing the profession.”
​
The Chairman’s Awards were presented at the Excellence Awards Gala 2016 as part of the 2016 IABC World Conference in New Orleans.

On behalf of all regional IABC members, congratulations Jennifer!

Read the full release from the IABC Chairman here: https://www.iabc.com/wp-content/uploads/2016/06/Chairmans-Award-Press-Release-2016-FINAL.pdf 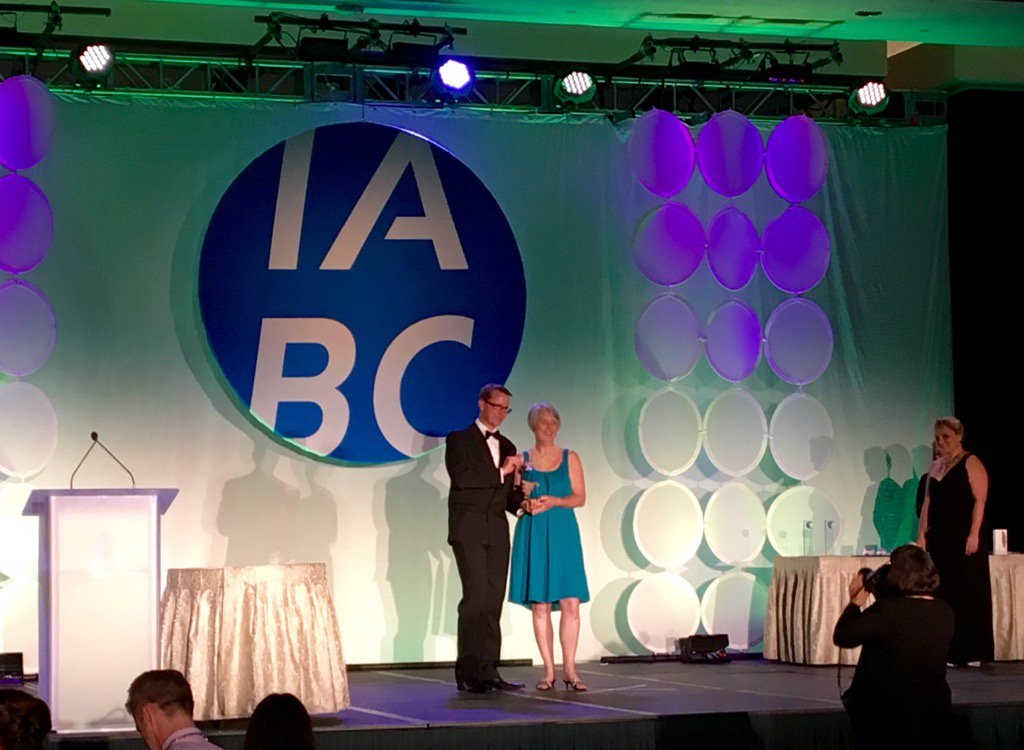 How can we help you?

Have a question about starting a chapter, volunteering or joining a committee?